Meet the blue men living in the swamps. Surely you have realized that you have to play Free Online Games Smurfs. Funny kids long taken root in the virtual space, and you can take part in their lives. From smurfyagod they prepare a great pie, constructed of designer smurfavtomobili, mastered in our cities, indulging in winter in the snow, play hide and seek and extract precious crystals. Assemble the puzzle with the image of The Smurfs, find the Smurfetke outfit paint the picture. You will mahjong, platformers, bowling, playing tennis, cycling races and the traditional search for differences.

The Smurfs 2: puzzle Smurfette and Narrator

The Smurfs spot the Difference

The Smurfs The Last Christmas

The Smurfs Smurfette Dress Up

The Smurfs: Sketch A Match

The Smurfes 3: Lost In The Forest

The Smurfs Smurfette Dress Up

The Smurfs: Sketch A Match

The Smurfes 3: Lost In The Forest

Free Game The Smurfs - a meeting with their favorite characters hohmachi, Slastenov and Storyteller 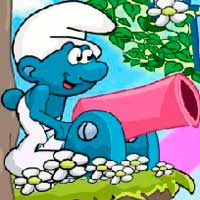 The Smurfs cartoonist Peyo invented from Belgium in 1958. At first, he drew them in the comics, but then began to shoot series about blue little people living in the Cursed Lands, where without their permission is not reached. Sami sham's smurfs to learn the news of the great world, used to move smurfaistov. Generally their language abounds prefix « Smurf », which led to strife between the northern and southern people of their land. If northerners to refer openers use the name « », smurfbutylka the Southerners resorted to the designation of « smurfnozh ». Such a manifestation of misunderstanding the author knowingly applied in their stories - in this way he made a parody of the linguistic opposition of Dutch and French communities in Belgium, there is to this day.

Online games Smurfs in their own way tell the story of mysterious people, but always they have a lot of adventures, it was interesting to get to know them closer. Suppose they look the same, but each has its own character, and to somehow distinguish them equipped with some personality traits, such as Slick dressed in overalls, and behind his ear pencil. Initially, the characters were 99, but gradually became more and even appeared several girls: Nanny Smurf, Sassetta and Smurfette. As for the way of life of Smurfs, then they have no money, and they just exchange goods between themselves, taking what you need. As the food they serve sarsaparilla berries and leaves – plants that they call smurfyagodami. In the original version of comics no berries, they appeared later, and the characters were content with leaves. They are all dressed in white hats and pants with a cut back for miniature tails.

A variety of games Smurfs 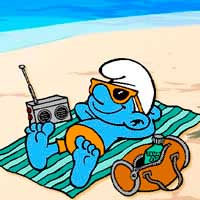 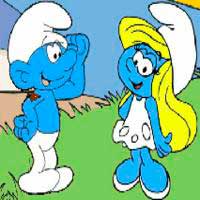 Playing free games Smurfs, you have to compete in races on the bike, but also to look the way home, overcoming all difficulties that befall the Smurfs. And some toys designed for two players and it makes them more gambling. Dividing the keyboard with another, you will have a fun time for the exciting fun, helping the heroes find the right path. And when Papa Smurf invented gun for fireworks started a real fun. Everyone wants to try the invention and make a real celebration. To make it a success, you first need to zero in and shoot all the balls on the levels. When everything seems finished, it turns out that some villain stole all the presents and now we have to get them back.

you waiting for clever trap, where only the brave and clever cope with all the troubles and will find surprises to triumph took place. During the next game Smurfs free you offer to open a restaurant where all visitors and staff – blue men. Everything else comes a familiar scenario – waiters seated guests at tables, take orders and bring them promptly before the client became angry and went away, leaving you with no profit. But in another Adventure you will see that the villain Gargamel blew into the unknown little Smurfs. Papa Smurf is back in business and save the rest of the population. Deciding puzzle, you pull out a special potion that could undermine the grid cells and release of the Smurfs. To do this, break squares, combining them with two or more.

You will be a real adventure and excitement when everything is decided on the mission allotted minutes. But do not relax, because soon the New Year, and the villain is on the loose again. While sham's smurfs in the woods looking for a nice Christmas tree for the holiday, he attacked them and captured. Now he comes to the aid Klamsi, and calling you to take part in the rescue operation.