Online games Html5 constitute a serious competition to the products based on flash. Thanks to them, you will be able to play for free on any browser without installing an updated flash player. Games on this basis does not stand out dramatically, but, nevertheless, more colorful and fast, especially the browser options. Today, players are available favorite areas: Racing, Action, Logic, military, aerospace. Here you can shoot and fight the zombies, win races and put tetris conquer the sky and find a group of identical elements of three. Make your step into the future, playing in the proposed new items.

Fireboy and Watergirl 4: in the Crystal Temple

Evermoor The Thread of Fate

Fireboy and Watergirl 3: The Ice Temple

Igry Html5: a new word in the gaming mire 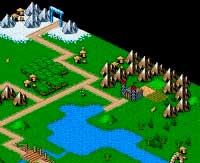 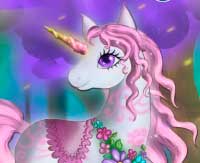 Html5 game can be called a revolutionary event, since the situation is much easier to use them on different platforms. Developers also added work, and on each product on the basis of Html have to work much longer than in the case of flash games to clearly draw the all the details.

Igry Html5 become a serious competitor to flash toys, and even until this day has not come yet, but one day they will be in the main game world. The essence of the new items is to ensure that it does not need Adobe software to read the code, and it allows you to open them without a flash player, which constantly need to be updated.

Otkryvayutsya Html5 online games on any modern browser, and the user look quite normally, nothing standing out from flash drives. Developers predict the near future, when HTML programming technology will come out massively browser games that will make them more realistic, increase the dynamics of events and other opportunities.

Uzhe today you can play games Html5 presented in these sought-after genres as:

Already, you can find Super Mario, who rushes to the racing machine. I must say that HTML race occupy a special position in the ranking of popularity among developers. They give their creation a lot of time introducing the game several levels, characters, tracks and the surrounding parts of the environment. Even the most simple -looking game requires programmers colossal impact that the product has turned thoughtful, well- coordinated mechanism.

Canvas games provided on the demanding tastes of seasoned gamers and young generation with their preferences. You can fight monsters, to arrange the shooting, solve logical tasks, collect flat or dimensional Tetris, to conquer space, to travel through the fabulous world and do many other exciting things. 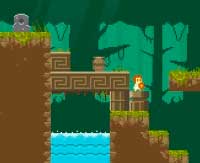 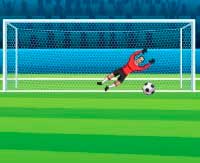 To date, there are several well-known and popular proposals Canvas games. These include the Pacman, but now has become a classic toy updated with Html5 Canvas. Outwardly, it does not manifest itself, and the labyrinth, and Pac-Man ghost remain in the same form.
Angry Birds, too, belongs to the club of the elect, and therefore available to every owner of the updated browser versions. If you have not played with an evil bird, it's time to correct the omission, plunged into an exciting passage.

Mozhno play a game of snooker or billiards, trying not injured by the bomb that disguised among the balls. With the characters brodilok try to avoid dangerous areas, deciding the puzzle and to cope with obstacles. Each step is fraught with danger, and easily lost, let down their guard.

There are options,"three in a row." It seems the game easier to nowhere, but it is only the beginning, and new levels are treacherous surprises. If you act quickly it is necessary, while another – subject to successful completion.

Sophisticated but addictive puzzle game Entanglement – conceal the intrigue that lies behind the elements of the mosaic? Start with one open hexagon in the center of the field, and add the rest of the drawing. Gambling players will be delighted card game Blackjack, chess fans, too, will not be left without your favorite games, and fans of tanks have to manage your car, trying to destroy the enemy.