Here you can find all free online games where you have to run. Any opportunity to show activity and demonstrate the speed on foot is perceived as a challenge to endurance and quickly. The kids do not even realize why and where to run, only to be quicker others. And therefore these games are presented with the opportunity to compete against a virtual or real. You can play with a friend, trying to get more points and come first to the finish. You will meet many heroes of cartoons that are catching up, fleeing, competing at the Olympics.

The Adventures of toe

Stick On The Run

The Thundermans: Dr. Colosso On The Run

Parkour: the edge of the mirror

The laba Run for Eat 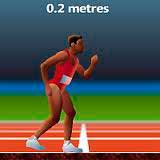 All the time we are in motion, but if adults rarely exceed the speed of normal walking, the kids do not sit on the ground and jumps all the time, somewhere to run. They play into:

For many sedentary life it becomes a creed, and they devote her sport. First, it is children's section, but if you have the talent, the coach predicts a great future, and the child wants to become a professional athlete, it increases the load and aim for new records. Games where you have to run and jump, attracted the attention of the same dynamics, and refer to them, even those who for some reason can not ride in life as briskly. These gaming products beat many situations where the characters are active. In the sports category, you can refer to them hockey, football, basketball, volleyball, running on the sports track, high jump and the distance. At the same time the characters come here to entertain you, bringing with it a special color and flavor. For example, the cowardly dog ​​Scooby Doo incredibly afraid of ghosts, which often occurs at the same time. Even at the stadium where he runs a marathon with overcoming obstacles attached to him disembodied spirits. But it only helps to speed up the dog and it opens a new hidden reserves to double speed to cover the distance. 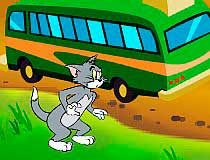 Play games where you have to run around and wondering when the next Tom and Jerry. With these two will never get bored, especially when they are coming up with new tricks to each other. They are currently running and most often mouse Jerry runs away from an angry cat Tom. Running around all and for any reason. Jumping on the racetrack compete on speed, and come to the finish line only the best. And that competition does not seem easy, the way complicate the usual obstacles for such races and brand new. All the games where you have to run it require the player to focus and just successfully completed task will complete the level started to pursue a new trial. Just do not run aimlessly wondering why the boys will be able to shoot from the enemies or to catch up with them to deal with the enemy. Collection of artifacts is also included in the task 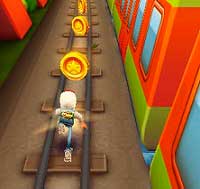 Some particularly interesting toys and collect coins, crystals, ancient artifacts. Sometimes the motion is not in the open space, and there is nobody inside the maze of mountains or underground.

Here the players await different danger, but to stop it is not recommended, because at any moment can attack scary monster or collapse happen. Speeding, we must follow closely what is under your feet, otherwise you can fall into a pit or open, fall into a puddle of toxic or stepping on the poisoned plant. In addition, under the earth can hide dangerous creature, and only on the surface of the earth placed deadly traps. Super Mario appears most often in these games, and always in a hurry to save, destroy, collect and build. And during the game for girls where you have to run, you can control the funny little insects, helping them win the competition on speed. Little Kittens, dinosaur, puppies and rabbits also jumping, catching a ball, collecting bones and carrots. Also met quite peaceful aliens, SpongeBob, Madagascar penguins, fairies, Bart Simpson. With the red ball to go a lot of road and jump over many obstacles in order to fulfill its mission and save his beloved. But who of the girls refuse to jump on a small pony ride or fairy unicorn?