is an opportunity to communicate with the fairies is not so much: cartoons, stories and books free online game Winx. Lose the opportunity to play with the cute creatures do not want to, because in the game so many interesting products! With the fairies, you fly in the sky and collect jewels, hearts and stars, to equip their house and pick up clothes. A lot of puzzles and coloring books on the subject will not pass by you, and also interesting to find hidden tsiferki or shaped as letters on a background image. Even an encounter with a monster is not terrible, because each fairy holds a protective magic.

Love me or not?

Winx: Bubbles with the fairies

Winx Club: Where Should You Take Your Winx Vacay?

Appointment on the beach

Winx Club: Dress Me Up!

Winx Club: Do You Believix?

Winx Club: Where Should You Take Your Winx Vacay?

Winx Club: Dress Me Up! 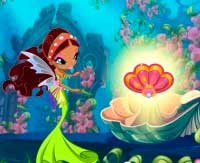 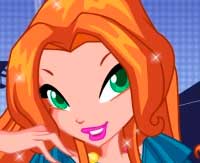 We live in a world where a lot of the most ordinary things: first, we go to kindergarten, and then learn in school, then try to get a higher education and then have until retirement go to work or earn money in any other way. Everything in our lives is quite commonplace: many have a car, someone who lives in a studio apartment, and someone in a huge mansion. However, all of us like to dream, to imagine that we are not one of the living beings in the universe, except that we have someone else, at what the « anyone » Not only can live on other planets, but also among us, but we do not notice them.

One of these visionaries turned InGen Straffi – Italian cartoonist who invented the animated series about the adventures of girls little fairies. Animated series tells the story of a girl named Bloom, who lived a normal life on our planet before she learned that she is a princess from the planet Domino. Once in the magical world, Bloom creates a club which included five of her girlfriends – such as fairies, like herself. Each episode tells of the confrontation against the forces of evil fairies and their personal relationships, both with each other and in general associated with them. As we mentioned, the main characters, fairies Winx, six.

The magical world of Winx games