Free Online Games Angels represent pretty heavenly creatures who mysteriously smiling with pictures. They need to paint or build a puzzle. You can play by sending them flying in the clouds, where they collect hearts and stars. The next time the angels will open the hunt for a romantic hearts of boys and girls to hit them with arrows and create a loving couple. To have your angel looked attractive, pick him odezhku and wings, do her hair and makeup. But sometimes they have to fight against the demons, and you will see what they have crushing force when the situation requires it.

Friends of Angels: Raf and Sulfus

Tears of a Unicorn

Angel of the night

Angels in the Snow

Angel’s friends - find a pair to the picture

Friends of Angels: Raf and Sulfus

Angel’s friends - find a pair to the picture

Girls will appreciate the game of the Angels, who are presented free of charge for the image of the characters in the dress 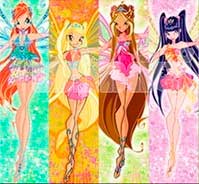 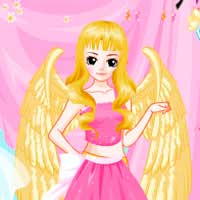 You are an angel! – such a comparison can be heard in dialogue loving couple. Angels called little children who touches his chubby cheeks, arms and legs, cute smile in response to a kind word and a funny play with a new toy. Angels we associate with good creatures who do not know themselves and evil are called to fight with him flaming arrows. Supposedly they are made in the divine service and live in heaven, resting on the clouds and looking down on us. They also act as Cupids and cupids, which connect the heart, leaving them love. To the two became a couple, nimble angels let their hearts magic arrows, hitting the disease of love.

Games are filled with cute angels Kupidonchikami. The kids can come up with for their image, arranging angelic outfit, finding a beautiful pair of wings. Options hairstyles also decorated in a romantic style, and their divine stylists offer mostly light hair color and developing curls fastened sparkly barrettes in the form of butterflies, hearts and other cute pictures. Together with the angels you will fly in the sky, collecting artifacts and bonuses, adding to the game account. But there will be a meeting with dangerous Demonyata sometimes have to avoid lightning and falling rocks. The games of the lovers, your mission will be managing a small Cupid, helping him with his arrows hit the hearts of boys and girls, so they teamed up in pairs.

A game angels tell friends about the dark and light side, representatives of which have yet to learn to use his powers, but even they have a common enemy against which they are forced to come together – neutrals. These creatures want to disturb the harmony and balance of the world, seeking chaos and wish to establish their authority. Originally neutrals were enslaved ancient magic and were in Limbe, where could not get out. But when the angel and the demon fell in love, and then kissed the chains collapsed and neutrals were free. 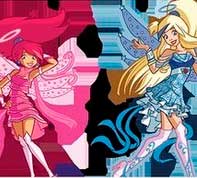 All games for girls angels carry a positive, joy, desire to make the world a better place. You should not rely on the magic power, hoping winged seraphim condescend to save our civilization. It can only make ourselves daily committing at least one act of kindness. The only way the Earth will turn into a heavenly paradise that is promised to us on the other side of life. These toys bring in the younger generation

Playing with virtual angels, children learn to distinguish between good and evil manifestations, resilience, wisdom, sensitivity, resistance to the adverse effects. They go on a date with them, will dance a lively dance, catch sweets and blestyashek. Why not dream up and come up with a lunar angel priodev it in the appropriate costume silver color, causing the same makeup and creating original hairstyle that will fit his name.