Out of Lego can build an incredible world, populate its inhabitants, create a transport and building Lego unleash war and defeat the dragon. Impossible here to do, because you are the creator of a new legend. Start your free to play online games Lego and find out what the creators of the series offer the country, assembled from building blocks and components. In each you will meet a fascinating story, full of events, fantasy, magic, infinite possibilities. Become a knight, an archer, a superhero or a fighter with vampires.

The Lego - see the difference

The Lego Movie Sort My Jigsaw

Legend Of Chima: Manor Of Death

Lego: Minifigures retriever in the sea

Lego Guardians of the Galaxy

Lego games based on all known children's designer

The history of Lego 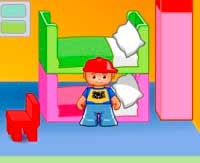 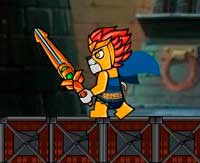 As a child, we all played with the designers, manufacturers are available in many different versions, but the most entertaining is Lego. There was this toy back in 1932 in Denmark. Its author was a carpenter, but at heart – a true artist, who always was making interesting crafts.

The first version of Lego designer was also full of wood and represented the bricks, which engage with each other. Since 1949, began to make a toy made of plastic and have a salutary impact on its longevity. But the most surprising is that the earliest and latest Lego perfect size for each other.

Lego Games – are small blocks that are interconnected and one can build anything you want. Using their imagination, Lift house with columns, arches, towers, windows and doors. When the creative process is overwhelmed, do not have time to look around, the excitement spread to large-scale facilities and has already seen new bridges, buildings, resembling palaces, towers, and around them have grown up trees, bus stops, there was a car in the garage and boat at the dock. Piece by piece Lego grow streets, and even entire neighborhoods lively, like Legoland – Lego country on the peninsula of Jutland. 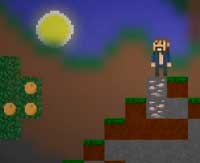 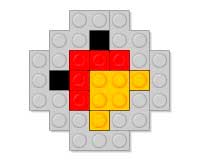 We invite you to Lego games to play without leaving your apartment as plastic Country of multicolored blocks settled on our game portal and accepts all who wish to equip it and its territory. All Lego games look the same as the designer himself. The knights and their horses gathered from the individual fragments to fight with Lego monsters, gallop along the trail past the Lego castle and collect everything in its path coin. Heats on boats also take place in this country entertaining, and blue waves sailing ship already assembled, ready to overcome the element and sail to the finish line first. Even the princess live happily ever after in a castle out of blocks and treat horses sweet carrot. But to catch a treat in the air, it is necessary to help Racehorse jump using the keyboard. You will see that on the streets paved walking robots and astronauts are preparing to go to his flight. Near the speaker refuel cars to the next minute to embark on a busy highway on her way. The Coast Guard patrols the coastal waters, and the space rangers fight in the light swords. The country is Legoland turbulent life, and you can take active part in it by starting to play Legos right now. In fact, very little of the radical serves subjects such unusual pastimes. You still will be:

But because everything is made in a non-trivial manner, Lego, you will experience the novelty of the gameplay and even more love on bricks to collect new civilization. Sure, Lego games online, this is something new for us in the world of gaming, but the original idea, it has the right to be represented by your court. We are confident that the subjects of fun certainly will like you, and you will repeatedly refer to this section to discover the charm, new world of entertainment, executed in colored plastic, but seems so alive, tangible diverse. We are pleased to know that there was already a lot of fans of the game Lego, who see it as an opportunity to visit a virtual Legoland, where all signs and displays various aspects of life of its inhabitants, so different, but always original.